I ‘m using Jio Wi-Fi calling with my Airtel broadband: Here’s how it makes a difference

Call drops rate is very high in India and to overcome this problem telecom operators like Airtel and Jio are bringing Wi-Fi calling service in the country, so that people can make calls even in remote or cellular dark zones of a building. Airtel was the first telecom operator to introduce Wi-Fi calling service in India. The company announced the service last month for all users. Following Airtel is Reliance Jio.

Jio tested the service for months with several users across the country before rolling it out to everyone. I’m one of the many Jio users who received Wi-Fi calling service before the official announcement. I have been using Jio Wi-Fi calling service for over a month now, and love how easy it makes for one to make uninterrupted calls. Here’s how it changed the way I make calls.

Using Jio Wi-Fi calling
My apartment in Noida has a patchy network and it was very difficult to make calls. All that changed once Wi-Fi calling was available on my Jio number last month. Previously, I either had to make calls via WhatsApp or go to the balcony to talk someone.

Jio Wi-Fi calling service solved this problem for me. Calls are now possible from inside my bedroom or drawing room, which was a tough task earlier. The good thing is Jio Wi-Fi calling also works with video calls unlike Airtel.

What is Wi-Fi calling? 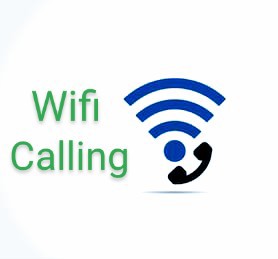 I use Jio Wi-Fi calling on my iPhone XR. To use this service users will need to enable the setting first by heading to the Settings menu of their smartphone.

To use Jio Wi-Fi calling on iPhone, first open Settings option, go to Phone option, and then enable Wi-Fi calling.

The phone automatically toggles between Wi-Fi and cellular network in order to provide a seamless calling experience.

In Wi-Fi calling, the call is made over broadband, using the high speed internet connection. There are no extra charges for calls made using the Wi-Fi network.

Other details
All Jio users with an active Jio number and smartphone that is Wi-Fi Calling-capable can use this service. Currently, Jio Wi-Fi calling is compatible with 155 smartphones. The company hasn’t revealed the name of phones yet.