Amazon.com Inc chief Jeff Bezos on Wednesday announced $1 billion (over Rs 7,000 crore) investment in India to help bring small and medium businesses online and committed to exporting $10 billion worth of India-made goods by 2025.

Before this, the online retail giant had committed $5.5 billion in vestments in India -Amazon’s most important market outside of the US and a key growth driver.

We are committed to being a long-term partner of India.And actions speak louder than words, he said.

“Over the next five years, Amazon will invest an incremental $1 billion to digitise micro and small businesses… across India, helping them reach more customers than ever before.This initiative will use Amazon’s global footprint to create $10 billion in India exports by 2025,” he said.

He added that part of this goal is to ensure that more people can participate in the prosperity of India. “We are making this announcement now because it is working… When something works you should double down on it. And that is why we are doing it.”

Amazon hopes that this investment will “bring millions of more people into the future prosperity of India and at the same time expose the world to the ‘Make in India’ products that represent India’s rich, diverse culture.”

The company had previously said it expected e-commerce exports from India to reach $5 billion by 2023 under its global selling programme.

Bezos, who began a three-day visit to India on Tuesday by visiting Mahatma Gandhi memorial at Rajghat here, was speaking at the SMBhav summit – an Amazon India gathering for small and medium businesses. “The 21st century is going to be the Indian century,” the Amazon founder said, adding: “This country has something special: its dynamism. I also predict that the most important alliance in the 21st century will be between India and the United States.”

Bezos is expected to meet top government functionaries and business leaders during the trip.

His visit has been marked by Competition Commission of India initiating a formal investigation into alleged deep discounts,preferential listing and exclusionary tactics adopted by Amazon and Flipkart, and small store owners demonstrating on the streets against online retailers driving them out of business by offering sharply discounted products.

The Confederation of All India Traders, an association of about seven crore brick-and-mortar retailers, has said it will protest across 300 cities during his visit.

Last year, the government had tightened rules for e-commerce marketplaces with foreign investment. These rules barred such platforms from offering products of sellers in which they hold a stake and banned exclusive marketing arrangements among other clauses. Following this, Amazon restructured its joint ventures to ensure compliance.

Bezos is likely to take up these issues in his various meetings with government officials. 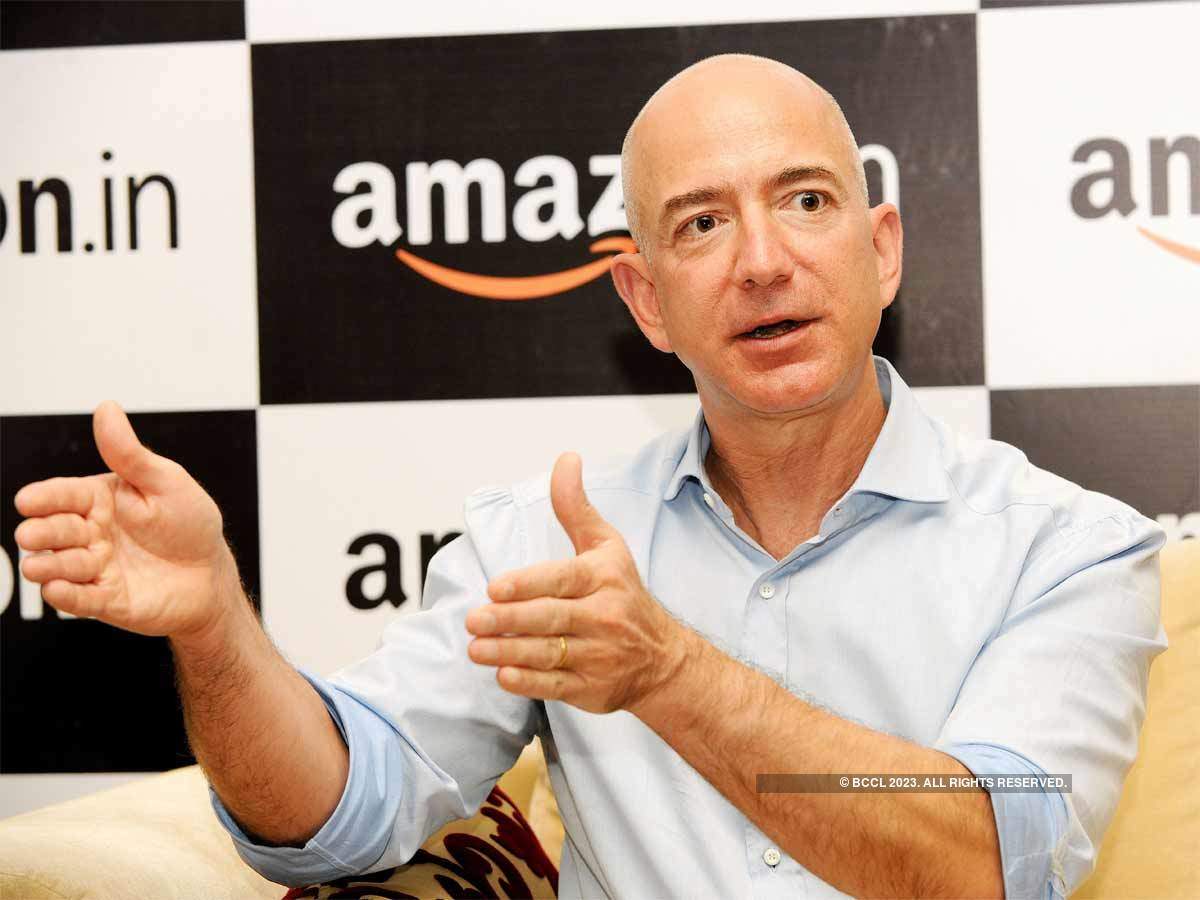 Despite huge losses, Amazon has been pumping millions of dollars across various operations like a marketplace, payments, infrastructure and supply chain management as well as marketing and promotion as it looks to strengthen its position in the fledgeling Indian e-commerce market.

In December last year, Amazon invested over Rs 1,700 crore into its payments and wholesale business units in India, while in October it had infused over Rs 4,400 crore (more than $600 million) in its various units in India, including marketplace and food retail.

Bezos last visited India in 2014 when he presented Amazon’s Indian unit with a giant cheque for $2 billion.

Since then, Amazon has pledged a further $3.5 billion to expand in the country and the $1 billion investment announced Wednesday would take the total committed investment to $6.5 billion.

The $1 billion investment would be to digitise 10 million micro, small, and medium enterprises (MSMEs) and traders across India, including manufacturers, resellers, local offline shops, and brands.

As part of this effort, Amazon will establish 100 Digital Haats in cities and villages throughout India.

“Today, there are more than 5,50,000 sellers on the Amazon India marketplace and more than 60,000 Indian manufacturers and brands are exporting their ‘Make in India’ products to customers worldwide on Amazon,” as per a company statement on the event.

“With today’s announcement, Amazon will help Indian MSMEs grow their cumulative exports to $10 billion by 2025 through the Amazon Global Selling program, which enables businesses to sell on Amazon marketplaces globally.” 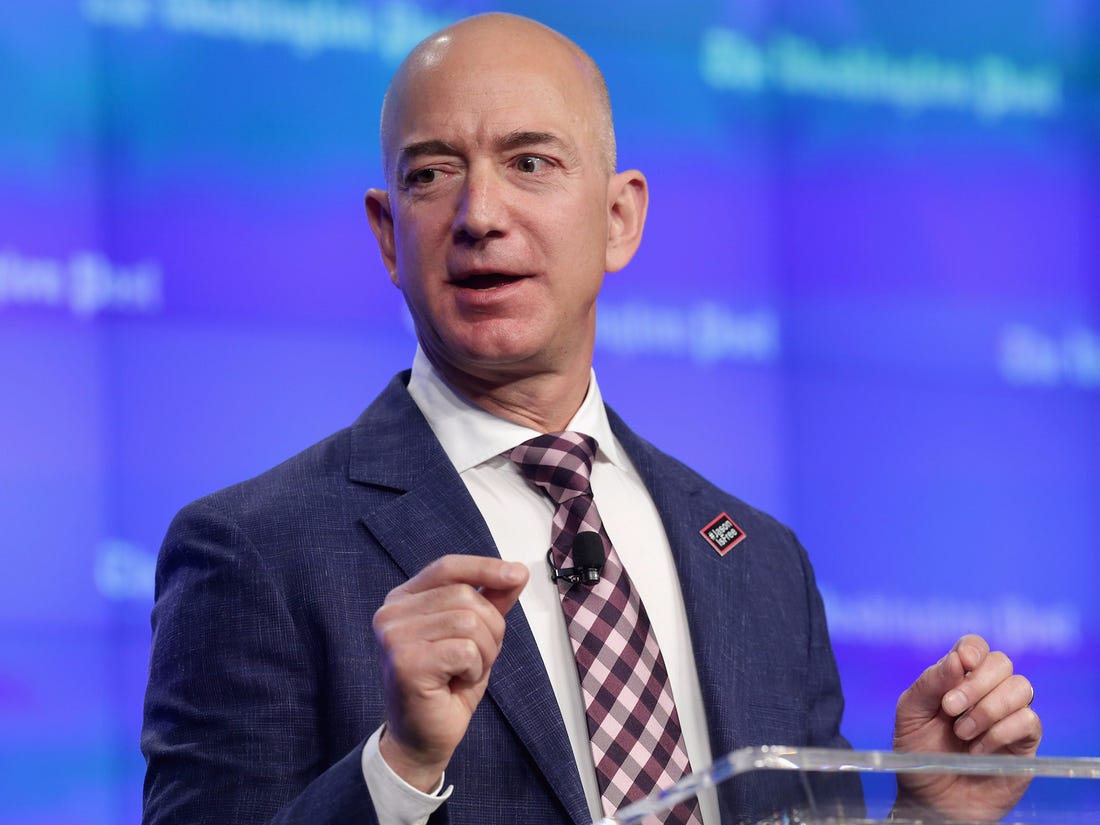 The Digital Haats will provide services like e-commerce onboarding, imaging and cataloguing, warehouse space, logistics, digital marketing, and compliance. Digital Haats will be in local neighbourhoods and available to MSMEs irrespective of their association with Amazon.

“The micro, small and medium-size businesses selling on Amazon.in are located across the country including Tier 2 and 3 cities, where they are generating jobs and transforming the retail landscape of the country,” the statement added.

According to a report, India is among the fastest-growing markets for the e-commerce sector. Revenue from the sector is expected to increase to $120 billion in 2020 from $39 billion in 2017, growing at an annual rate of 51 percent.

Competition in the sector is also set to intensify as India’s richest man, Mukesh Ambani, has announced plans to launch his owne-commerce venture.