Bollywood: Alia Bhatt on Wednesday shared her intriguing first look from the much-anticipated biographical ‘Gangubai Kathiawadi’. The 26-year-old actor hopped on to Instagram and captioned the post as, “Here she is, Gangubai Kathiawadi#SanjayLeelaBhansali @prerna_singh6 @jayantilalgadaofficial @bhansaliproductions @penmovies.’ 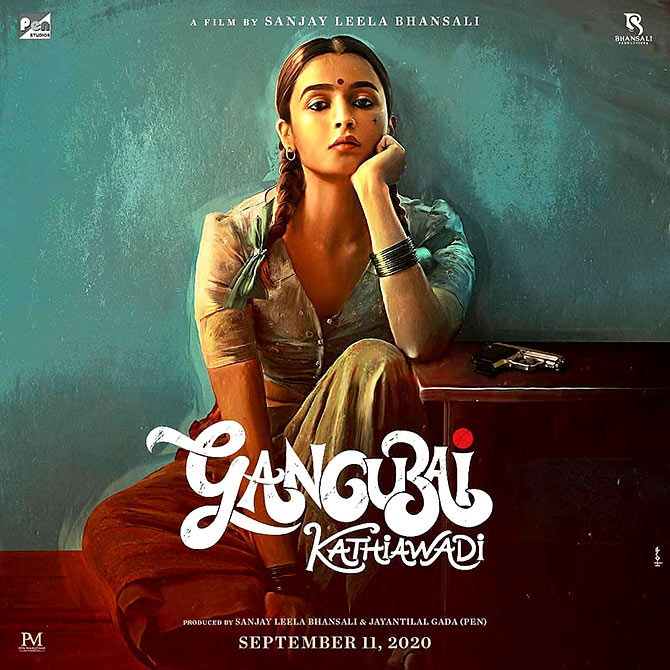 The ‘Kalank’ actor shared two pictures of herself as the mafia queen. The first picture captures a younger Gangubai, dressed up in a blue blouse and a red skirt with hair plaited in two, sporting intense look on her face with a revolver kept on the table near her. In the next black and white picture, Alia dons kohl-rimmed eyes and a thick choker necklace, along with nose pin and earrings. Her red bindi is the only thing that adds colour to the dark photo. Helmed by Sanjay Leela Bhansali, ‘Gangubai Kathiawadi’ marks the first collaboration between him and Alia. This project will also see Bhansali Productions collaborating with Jayantilal Gada’s Pen India Limited. The film is based on Hussein Zaidi’s book, Mafia Queens of Mumbai. The story of the movie revolves around a brothel owner and a wedding-maker Gangobai Kothewali.