Galaxy S20 wishlist: 5 things I want (but likely won’t get) from Samsung’s next phone

If the rumors are right, the Galaxy S20 — formerly known as the Galaxy S11 — could be a beast of a phone, with a bold design on the back and a suite of powerful features within. Leaks and reports predict that the unannounced phone will have up to four rear cameras (one of them with 108 megapixels) along with a large, sharp screen and a massive 5,000-mAh battery. This sounds impressive. I want it all, but I also want the little things that can take a phone from impressive to enjoyable.

Consider the Galaxy Note 10 Plus that sits beside me as I write this. It’s one of the best phones of the year — I even gave the standard Note 10 an Editor’s Choice Award for its balance of value, features and performance. Samsung has sold enough of them to firmly secure its place as the world’s largest phone brand. Still, if I could pass a magic wand over both Note 10s, there are a few extra features I would add. They’re the same things I want in the next flagship Galaxy phone.

Every device has minor annoyances that keep you from fully loving it. I’ve heard them all. “I love this phone, but I wish it did this,” or, “You know what I can’t stand? It’s that,” and then the person I’m talking to launches into a detailed account of a tiny feature or design issue that’s become the thorn in their side despite an otherwise good experience.

So far, my wish list for the Galaxy S20’s most important features– 5G speeds, processing superpowers and camera advancements — aligns with the rumors.Now I’ll give you the smaller bonus details that could help take the Galaxy S20 over the top for me.

I’m not afraid to say it: I miss Samsung’s iris-unlocking feature that was cut from the Galaxy S10. It wasn’t perfect, and I complained about it, but it was a good alternative to the fingerprint reader and secure enough for mobile payments, which is important for everyone.

I had hoped that the Galaxy S10 and Note 10’s in-screen fingerprint reader would be more accurate than it has been, and that it wouldn’t matter that iris scanning was gone. That’s not the case. I’ve gotten used to repeated print-reading errors, and to eventually typing in my passcode after getting fed up with yet another failure. I barely think about it anymore.

But compare this experience to Apple’s steadily improving Face ID and the excellent face unlock on the Pixel 4, it’s evident that Samsung has a chance to take its phones further. Even though I expect the Galaxy S20 could use Qualcomm’s new and improved in-screen fingerprint reader, there’s room for two biometric unlocking methods on the same phone.

Curved screen phones look amazing. They’re immersive and make images pop. But when you combine them with edge-to-edge displays,=you wind up with a shrunken bezel, which gives your hand little to no buffer against accidentally touching the screen while simply shifting the phone in your hand.

Samsung has software to fight accidental touches, but it can only go so far. I constantly press something I didn’t mean to, just by holding the phone. With the screen’s curve so close to the edge it also means you’re tapping your cursor along a precarious bend where the screen drops off. If you’re using the stylus, it’s easy to run right off the edge of the waterfall.For Samsung, the curved display helps its Galaxy phones stand out, but we need a better solution now that bezels and borders are effectively a thing of the past. I hope the Galaxy S20 has one.

File this one under “definitely not happening.” The dedicated head phone jack is gone, I know it’s gone and I even understand why. Samsung gets more room to work with inside the Galaxy S20 this way, which it could use for more sensors or a bigger battery, and USB-C is the standard all the phone-makers have rallied behind. 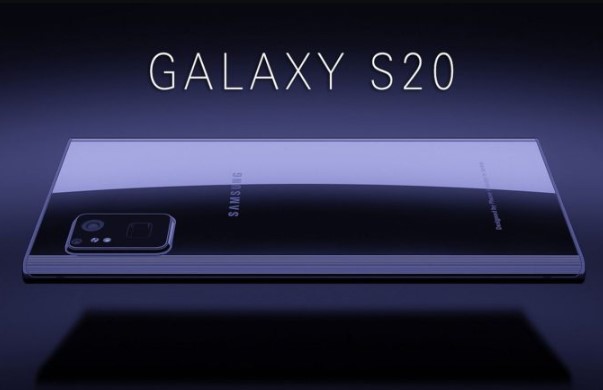 That said, I watch a lot of movies and shows with my wired headphones in, and while battery life is generally really good, there are times I need to recharge. That’s usually when I’m watching a show, of course. I don’t want to be forced to use wireless headphones (especially if I forget to charge them) and I’d rather not have to stop what I’m doing to charge back up.

On the bright side, fast-charging on the Note 10 Plus never takes more than an hour to complete. Maybe it’ll be longer on the Galaxy S20. It’d just be nice to charge and listen at the same time, no matter my headphone choice.

If the photo leaks and rumors are right, all of the Galaxy S20 models will have a wide, rectangular camera array. If it winds up looking like the iPhone 11 or Pixel 4, the cameras could stick out awkwardly.

A protruding camera mount never looks good, and it puts the lenses at risk for fractures and cracks if the phone falls without a caseon. A cracked lens can decrease the quality of your photos. I’ve learned this the hard way.

If the Galaxy S20 does wind up having a chunky camera module, you’ll pretty much automatically need a case just to help keep this area a little more flush with the rest of the phone. A slightly thicker phone body could potentially achieve the same effect.

I’m reminded of the Motorola Moto Z family of phones with the snap-on backs. Without any sort of “case” on the back, the camera looked like a comically large eyeball and the edges were too sharp to comfortably hold for long. I just hope that Samsung has comfort and usability at the top of its list. Samsung already has a new interface layer for Android, called OneUI 2, which aims to simplify the company’s software skin. Many phone-makers, including Samsung, prefer to have their own user interface to give their phones a distinct look and feel.

Unfortunately, the more the UI strays from Android, the longer it takes to test with software updates, like Android 10, for example.That means Samsung phones like the Galaxy S20 could continue to get Google’s software updates a lot later than its rivals.

Motorola does a particularly good job keeping its OS close to Google’s vision, while also adding some of its own features and look. Samsung’s custom interface has a lot of great touches that I use and enjoy. I just wish updates came sooner.

Here are some of the S20’s rumored features below, and here’s our larger collection of all the best rumored Galaxy S20 features so far. Chime in with your own features wish list in the comments section below.